Kosovo, is a self-declared independent country in the Balkans region of Europe. Geographically defined in an area of 10,887 km2 (4,203 sq mi), Kosovo is landlocked in the center of the Balkans and bordered by the territory of Serbia to the north and east, North Macedonia to the southeast, Albania to the southwest and Montenegro to the west. It possesses remarkable varied and diverse landscapes for its size by climate along with geology and hydrology.

Kosovo’s hydrological resources are relatively small. The longest rivers of Kosovo include the White Drin, the South Morava and the Ibar. Sitnica, a tributary of Ibar, is the largest river lying completely within Kosovo’s territory. River Nerodimka represents Europe’s only instance of a river bifurcation flowing into the Black Sea and Aegean Sea.

Although, Kosovo represents only 2.3% of the entire surface area of the Balkans, in terms of vegetation it has 25% of the Balkan flora and about 18% of the European flora. The fauna is composed of a wide range of species.

The mountainous west and southeast provide a great habitat for several rare or endangered species including brown bears, lynxes, wild cats, wolves, foxes, wild goats, roebucks and deers. A total of 255 species of birds have been recorded, with raptors such as the golden eagle, eastern imperial eagle and lesser kestrel living principally in the mountains of Kosovo. 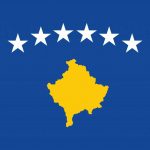 Pristina is the capital of Kosovo and the seat of the eponymous municipality and district. Its population is predominantly Albanian-speaking constituting the second-largest such city in Europe, after Tirana. The city is located in the northeastern section of Kosovo in a relatively flat plain close to the Gollak mountains.

The national strategic framework and the list of accredited universities of Kosovo can be found at the following links:

The procedures for the accreditation

I am Lirim Mehmetaj, a student from Kosovo at the University of Prishtina. Last winter semester, and currently this summer semester, I am studying at the University of Salzburg. By coming and being part of a new living and studying environment it was pretty interesting, but also challenging and very demanding. Referring to life in Salzburg, you can easily find yourself traveling into times because Salzburg indeed is a very old city filled with culture. Small and narrow alleys, paved with stones at the old part of the town, are impressive. Moreover, University is filled with students of different countries from all around the world, therefore every new acquaintance, except a new friendship is also a lesson which makes you know and understand better the diversity and multiculturalism. Erasmus is a great opportunity for Kosovar students to study and travel abroad. It is awesome that this kind of program gave me the chance to meet the world and meet new experiences, because I as a Kosovar citizen, cannot always travel freely. It is great that the EU made it possible for me to study with Erasmus. The program helps you not in just fulfilling your dreams, but also, living beyond them. Therefore, it is an extraordinary experience which changes your life forever.

Faculty of Law and Business

"In life to be successful, you have to face challenges... and most of the time these challenges will make you understand yourself, life itself and your skills". 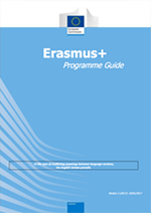